In the animated film from 2002 Pixar shows with Monsters Inc. a successful energy factory of the Monster World. Night after night, the big frightening monsters enter children’s rooms all over the world via cupboard doors and collect the cries of fear of their inhabitants. The greater the fright and the louder the cry, the more electricity can be collected to supply Monstropolis. Each professional assassin is assigned an assistant: usually a just little scary, funny and creative one! And as the mistakes and confusions in the film want it, it turns out in the end that a child’s laughter generates so much more energy than screams of fear could ever do. The funny monsters become THE stars of the energy industry.

The film is thus the perfect metaphor for the change that we could observe in the management floors and should fire up even more. In the past, it was common practice for managers to enjoy absolute authority. It was not unusual to have a climate of awe, hierarchy and coercion. Leadership through knowledge advantage and delegation of tasks in combination with rigid structures shaped the companies. Employees delivered, but only grew to a limited extent in their tasks. We believe that this archetype of the boss will be overtaken in terms of performance. It is replaced by the witty and creative enablers who give their employees more leeway. Room for decisions, for new solutions and open minds. The result can be more innovative and productive than the constricting leadership culture has ever allowed and that’s exactly what we need! We need bosses who allow their employees to open up, who tolerate mistakes to happen and help to fix them, who inspire wild ideas and trust in the courage of their employees, even if they themselves may have some doubts! The new stars contribute significantly to the company’s success because their employees are happier, fluctuation is minimized and everyone pulls together. We would like to have more of it-let’s go  bosses…have the guts and move on! 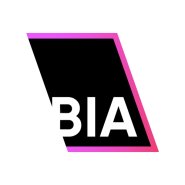 Can cities adapt to the new jobs crisis?